Photo by Ibrahim Boran from Pexels

There was an Italian restaurant in the Middle East. There were many, actually. But the one I will talk about here, was the best. L’avventura! It was the talk of the town when it first opened. Every family wanted to go there and experience the culinary art of the Master Chef. He was going to stay for only a month and all tables were fully booked.

L’avventura! You could hear that name everywhere. In the beauty salons, while women got their hair and nails done. In the majlis, where the men gathered and played board games. After long, even the kids knew of the restaurant and yelled its name on the school courtyards.

“L’avventura!” they exclaimed and imagined what it meant.

“No, it means ‘capture them’!” another objected.

Neither one of them was right. The kids didn’t know this, but the real meaning was as exciting as they hoped or even more so. L’avventura meant ‘adventure’. Something else the kids didn’t know is that for two women, who went to visit the restaurant, its name would represent all three meanings—liberty, captivity, and most of all, adventure .

Adeem and Abda. Bahir and Bisma. These two couples went to the Italian restaurant at the same time in the same day. Separately.

The men were here on business. They wore their most pristine white thobes, freshly washed and ironed. The fabric was still crisp and hard with no wrinkles. On his head, Adeem wore a white summer ghutra, while Bahir had opted for a silken shawl with blue embroidery.

The women walked in with power oozing from their every step. Their black abayas with silver (for Abda) and gold (for Bisma) details lifted ever so slightly and revealed expensive red-bottomed shoes underneath.

The couples sat in two different corners of the room. Between them there were many other tables, bustling with lively conversations and the clink of crystal glasses, filled with mocktails. The men sat opposite the women in the red velvet sofas, circling each table.

“Let’s see what do we have.” Bahir smiled at his lady.

“Would you like to choose for both of us?” she returned the smile.

The answer was delayed as he read the main courses:

“What if you don’t like what I choose for you?”

“I would still eat it.” Bisma looked somewhere across the room and smiled.

There was a lot to be seen inside the main salon of L’avventura. The ceiling was rich with ornaments and in a few places around the tables, big olive trees stood as tall as the room allowed. Bisma felt comfortable here. It was dark and it allowed for a private conversation. Even if people try, they wouldn’t be able to figure out the contents of their talk. It was unfortunate that they had to take such precautions, but after the incident with Abda’s parents they couldn’t afford to be seen together.

“So tell me,” Bahir spoke again. “Did you like anything?”

Bisma didn’t want to admit she hadn’t read the menu, so she scanned it quickly.

“I’ll start with a Tabuleh salad.” Adeem answered on the other table. “And then Pasta Arabiatha. What about you?”

At this corner of the room, him and Abda were already sipping on the complementary water they had received.

Adeem smiled a moment and then said:

“Mediterranean Love.” she winked, but not at him. It seemed as though she did it to the room.

“Oh, sounds nice!” back on her table, Bisma chuckled. “Mediterranean love, I mean. Not the pizza!”

“Is that so!” Bahir laughed. “You want to be with an Italian, instead of me?”

Bisma grinned and tried to think of something witty to say.

“No, but maybe we can go to Italy together? And share some Mediterranean love between each other.”

A waiter approached the table in the far corner, where Adeem and Abda were.

“Just a moment, the waiter is here.” Abda said.

Another waiter came to take Basma and Bahir’s order as well. When that was dealt with, she glanced at her company and noticed his earpiece is visible. She covered the microphone, hidden in her scarf, and whispered.

“Bahir, fix your ghutra!” with a conspiratorial look.

The man unfolded the fabric on his head and let one side fall down over his ear.

“It was good! We are making a lot of preparations for the concert on Friday. Everyone is nervous. You know.” Bisma raised her shoulders.

On the other table, Adeem repeated:

“It was good! We are making a lot of preparations for the concert on Friday. Everyone is nervous. You know”

“Why nervous?” Abda lowered a brow.

“Why nervous?” Bahir repeated across the room.

“My manager. She’s…” Basra stops, while the waiter puts plates on the table. “She’s a bit crazy. But I don’t want to talk about them now.”

“My manager. She’s a bit crazy. But I don’t want to talk about them now.” Adeem recited her words.

“Well, you made me come to this restaurant.” Abda played with her cutlery. “And now you don’t want to talk?”

Bahir said the exact same words on his table.

“I want to!” Basra hurried to explain. “I want to talk. Just not about work. And what do you mean? Didn’t you want to come here?”

Adeem echoed her words and Abda wondered for a second. “I suppose, it’s better than a hotel room.”

“Yeah!” Basra took her glass of virgin Piña Colada and raised it.

Abda returned the gesture from across the room.

The dinner continued in this fashion. The food was splendid—the pasta was soft with a tomato sauce rich in taste; the pizza toppings were mouth-watering, surrounded by a scrumptious crust. The women spoke of various subjects. Workplace drama, places they wanted to visit, chores that had to be completed. The microphones caught their every word. The men received those words through earpieces and echoed each one. They acted as middlemen.

Once the dinner was over, the two couples took care of their bills and headed to the reception of the hotel adjacent to L’avventura. Separately. The men registered and took the keys. The couples stood by the elevators and didn’t speak to each other. The lift came and they entered. No word was said while they went up to the eleventh floor. Their rooms were close to one another, with one apartment between them.

Adeem and Abda went in room 203. Bahir and Basra in 205. The men removed their ghutra, igal and takiyah hats and placed them down carefully. They also removed their earpieces and sat in front of the TVs.

Abda and Basra were thankful to their male friends. They made this night possible. Without their help, the two women would have had to hide and risk a lot by renting a hotel room by themselves. One of them would have had to hide in the lobby and go up without getting noticed. They couldn’t have both their names, registered under the same room.

Each apartment had a door that led to the third suite in the middle. Abda and Basra removed their microphones and went through the doors. They met in room 204.

The two of them hugged tightly.

They looked into each other’s eyes. There was deepens in there. Both of them new about the meaning of the word ‘L’avventura’ without realising it. The Italian word for ‘adventure’ perfectly described their life. It was one big adventure to find love in a hopeless place, it made them feel free and alive. To maintain a relationship where it isn’t allowed also felt like prison. 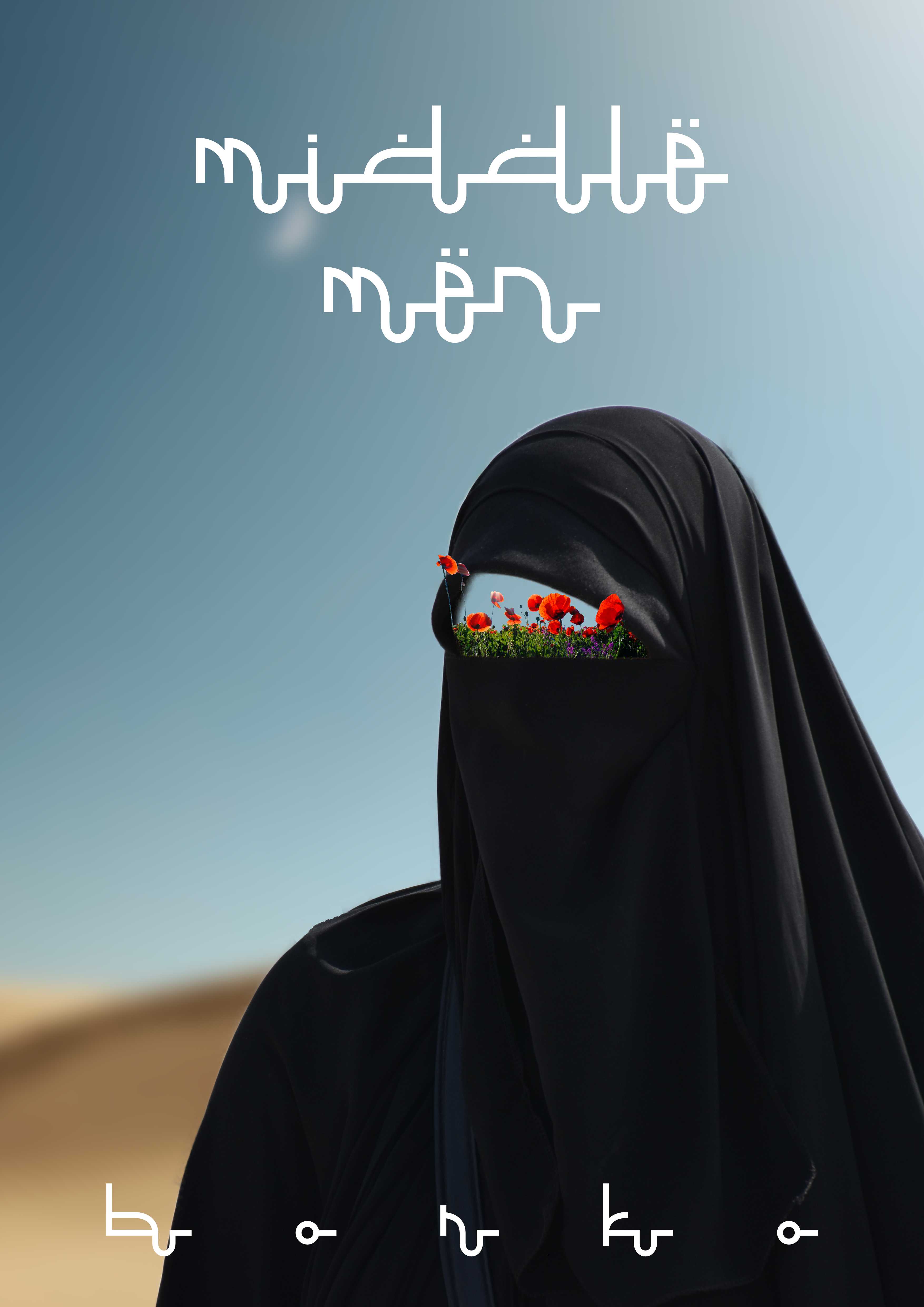 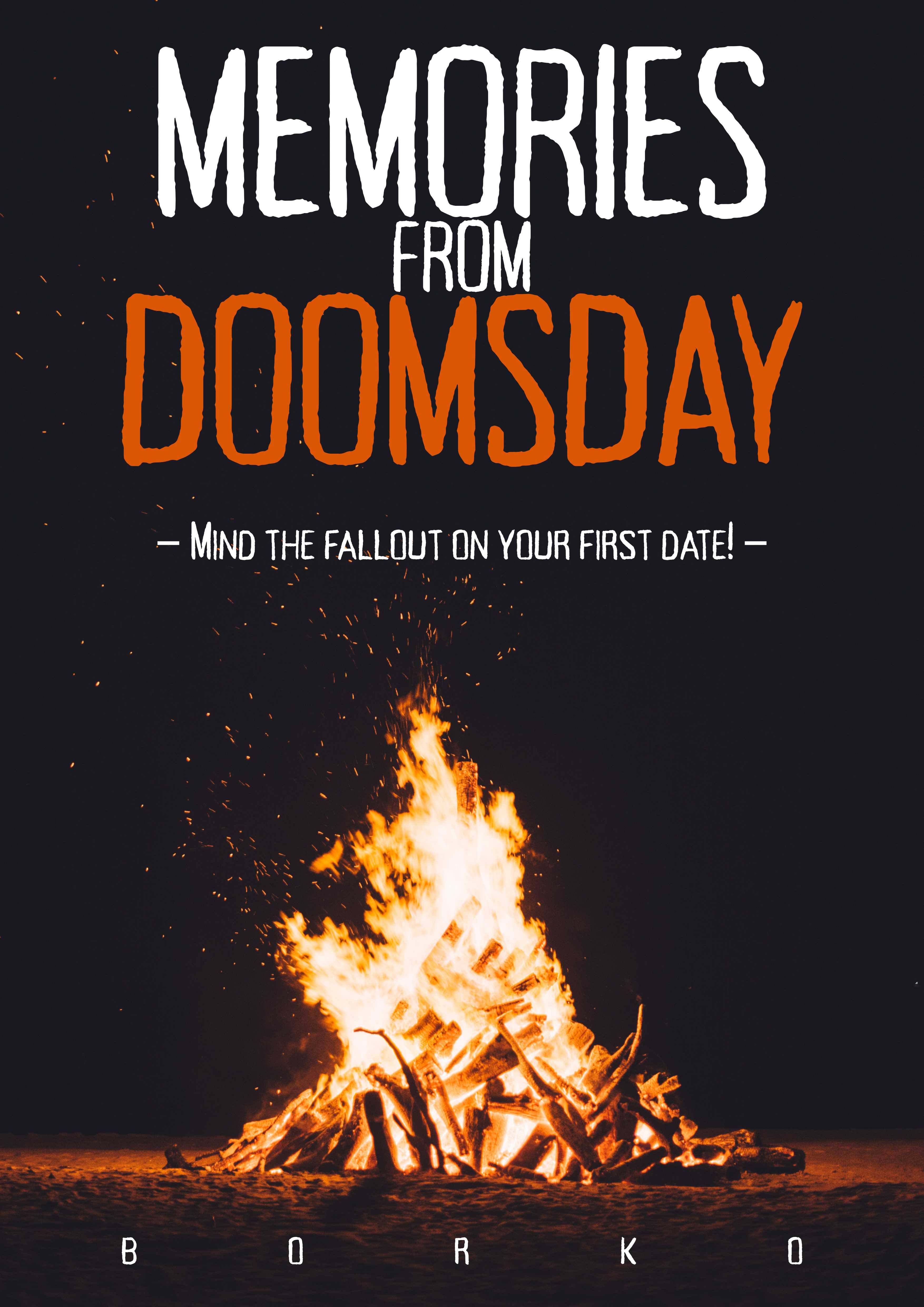 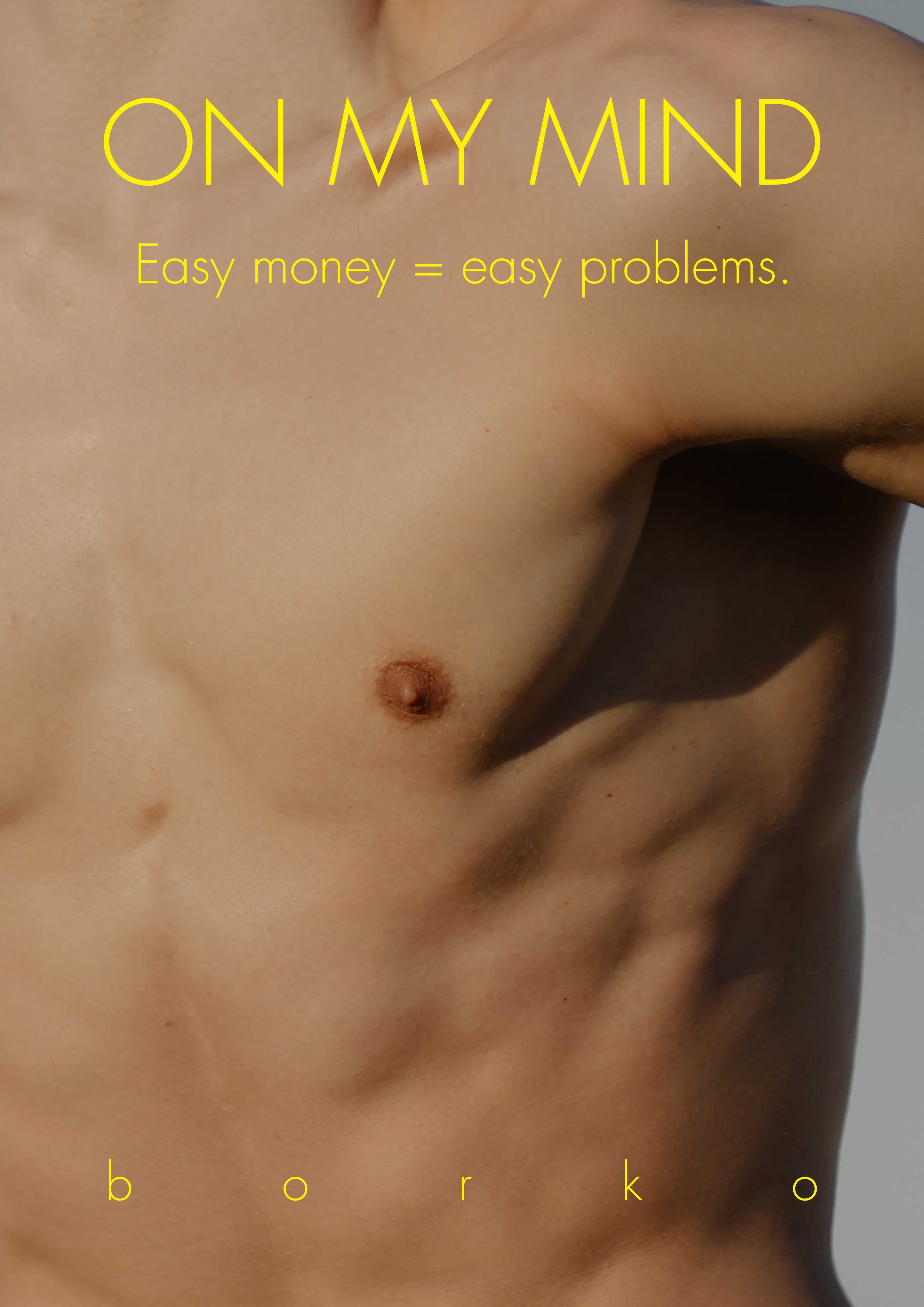 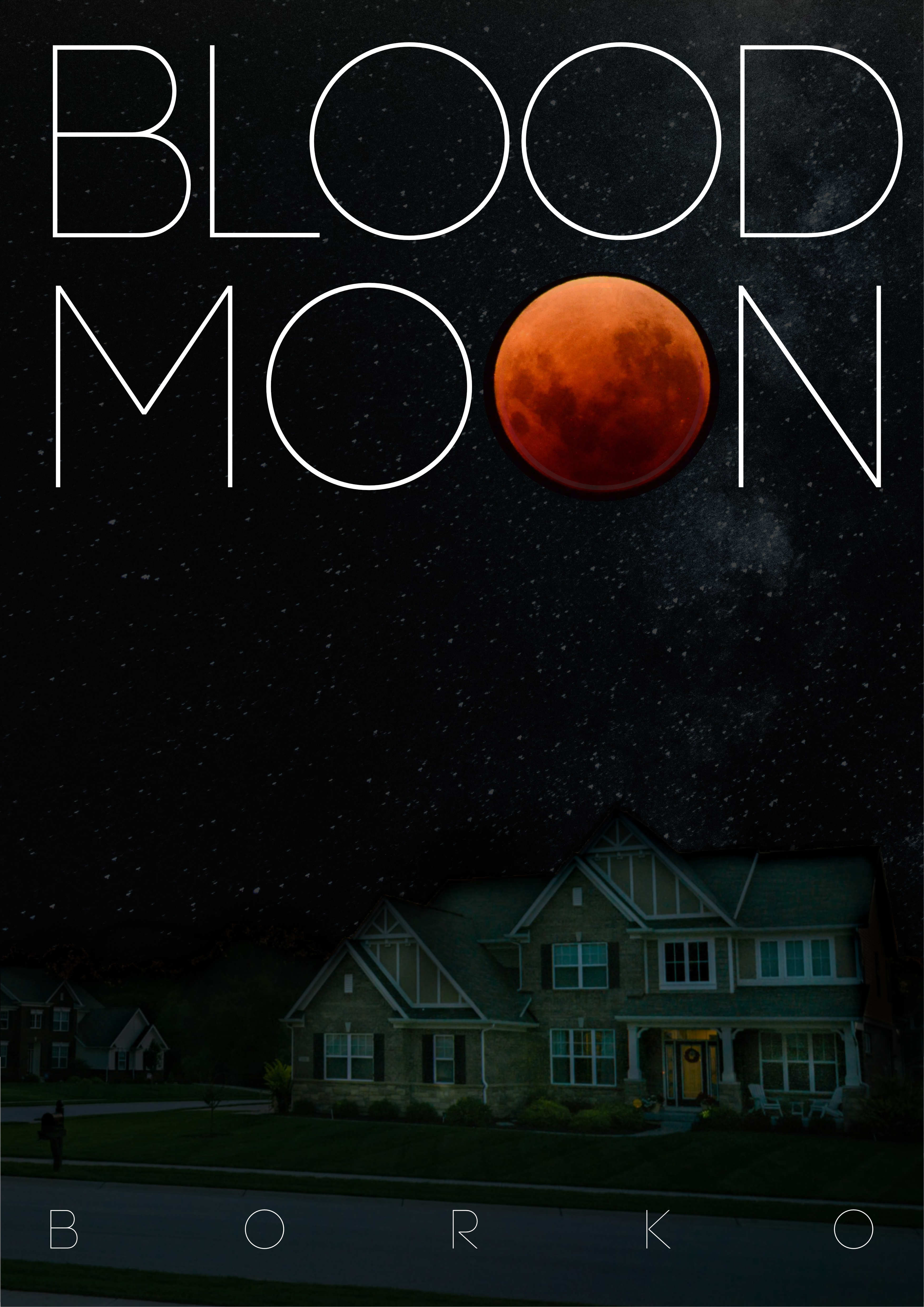